Transformative
Inclusivity
in the MSA


Join the MSA today
or renew
your membership


The Memory Studies Association offers funds for two fellowships of 4000 euros each to support memory scholars at risk. The MSA is looking for institutions across the world that would like to provide a place of academic refuge including matching funds or equivalent in-kind assistance. Such institutions can contact scholars at risk known to them or seek advice from the MSA, which is collecting information on colleagues needing support. While the MSA is currently able to offer two fellowships, it is continuing efforts to raise more funds for additional fellowships.

If you are interested in helping facilitate the fellowships, either by donating funds to help our colleagues at risk or by organising a fellowship through your institution, click the button below to read more about the application, or get in touch by emailing us at msafellowship@gmail.com

Should you have further questions please contact Joanna Wawrzyniak at wawrzyniakj@is.uw.edu.pl

The Memory Studies Association stands for free scholarly inquiry, wherever its results may lead. It is thus with grave concern that we have followed the libel lawsuit against Barbara Engelking and Jan Grabowski for their book, “Night without End: The Fate of Jews in Selected Counties of Occupied Poland” (in Polish, 2018). The lawsuit was backed by a state-supported foundation and accompanied by numerous attacks against Engelking and Grabowski in private and public media. On the 9th of February the court of first instance gave its ruling. It did not support the majority of the charges, yet it questioned the thoroughness of the scholarly work by passing judgment on the pertinence of its historical sources. The lawsuit may have an unfortunately chilling effect on other Holocaust research, to say nothing of the reputational and other damages to these prominent scholars whose work was brought into question beyond the realm of scholarly debate.

The Memory Studies Association has many Polish members, and this year our Polish colleagues are the lead organizers of our annual conference taking place in Warsaw. For all of the reasons delineated, we express our solidarity with Barbara Engelking and Jan Grabowski and the many other Polish scholars who have the courage and persistence to think, ask difficult questions, and search for answers, no matter how inconvenient they may be.

It is with shock and sadness that we have learnt of the passing of our friend and colleague Sabine Marschall, Professor in Cultural and Heritage Tourism at the University of KwaZulu-Natal, South Africa.
Sabine was involved in the Memory Studies Association almost from its inception and co-organised the productive and vibrant meeting of the MSA’s Africa chapter in October 2019. Sabine was a highly accomplished scholar and editor of many publications revolving around memory, migration, and tourism in South Africa and beyond. Her most recent edited publication was Public Memory in the Context of Transnational Migration and Displacement Migrants and Monuments (Palgrave Macmillan Memory Studies series, 2020).
We will miss Sabine’s insightful scholarly interventions, her work to connect memory studies globally, and her friendship.
Messages of condolence to Sabine’s partner Rob can be sent to info@memorystudiesassociation.org and will be relayed.

WHAT IS THE MSA?

The MSA is a professional association for Memory Studies scholars, as well as those who are active in museums, memorial institutions, archives, the arts and other fields engaged in remembrance. The objective is to become the most important forum for the memory field – both through an annual, international and interdisciplinary conference and through a strong online presence.

WHAT IS MEMORY STUDIES?

Call for Papers: International Conference Projet ERC Advanced Grant AGRELITA Metamorphoses and uses of the same past and formation of identities in Europe from the [...]

dMSA and Uses of the Past’s Event: ‘The Future of Atrocity Memory’

Digital Memory Studies Association & Uses of the Past at Aarhus University invite for an Online and in Person Event 'The Future of Atrocity Memory' [...]

Book Spotlight: Rock Art and Memory in the Transmission of Cultural Knowledge

Why should you become a paying member of the Memory Studies Association?  There are several tangible benefits to membership already available as well as in the works.  These include:

We are very happy to announce that the MSA has reached formal agreement with SAGE and the editors of Memory Studies.  Henceforth, the journal will be published in association with the MSA.  This means:

But, as enticing as these tangible benefits are, the real reason to become a paying member of the Association is that you want it to exist.  Like any professional association, the MSA will depend on the support and devotion of its members.

This internship will provide you with the unique opportunity to see how an organisation such as the MSA works behind the scenes. You will support the presidents and the executive committee in the everyday running of the association. This includes the preparation of the next annual conference, research into and preparation of funding applications, the compilation of annotated bibliographies, communication with our members, contribution to the website and the social media channels of the association etc.

Given that this is a very young organization, you will have a lot of opportunities to contribute with your own ideas and will be able to work independently on various projects. This will allow you to a) get insights into the workings of a newly established non-profit association and to b) closely collaborate with scholars and practitioners in different countries.

If you are interested in applying, just send a letter of motivation and a CV to info@memorystudiesassociation.org.

SEND US YOUR IDEAS

The MSA and its website are brand new and still being developed. We welcome your input and ideas about how to make this association and its website into great resources on and for memory studies.

Find out more about upcoming Memory Studies Association events by subscribing to our email list. 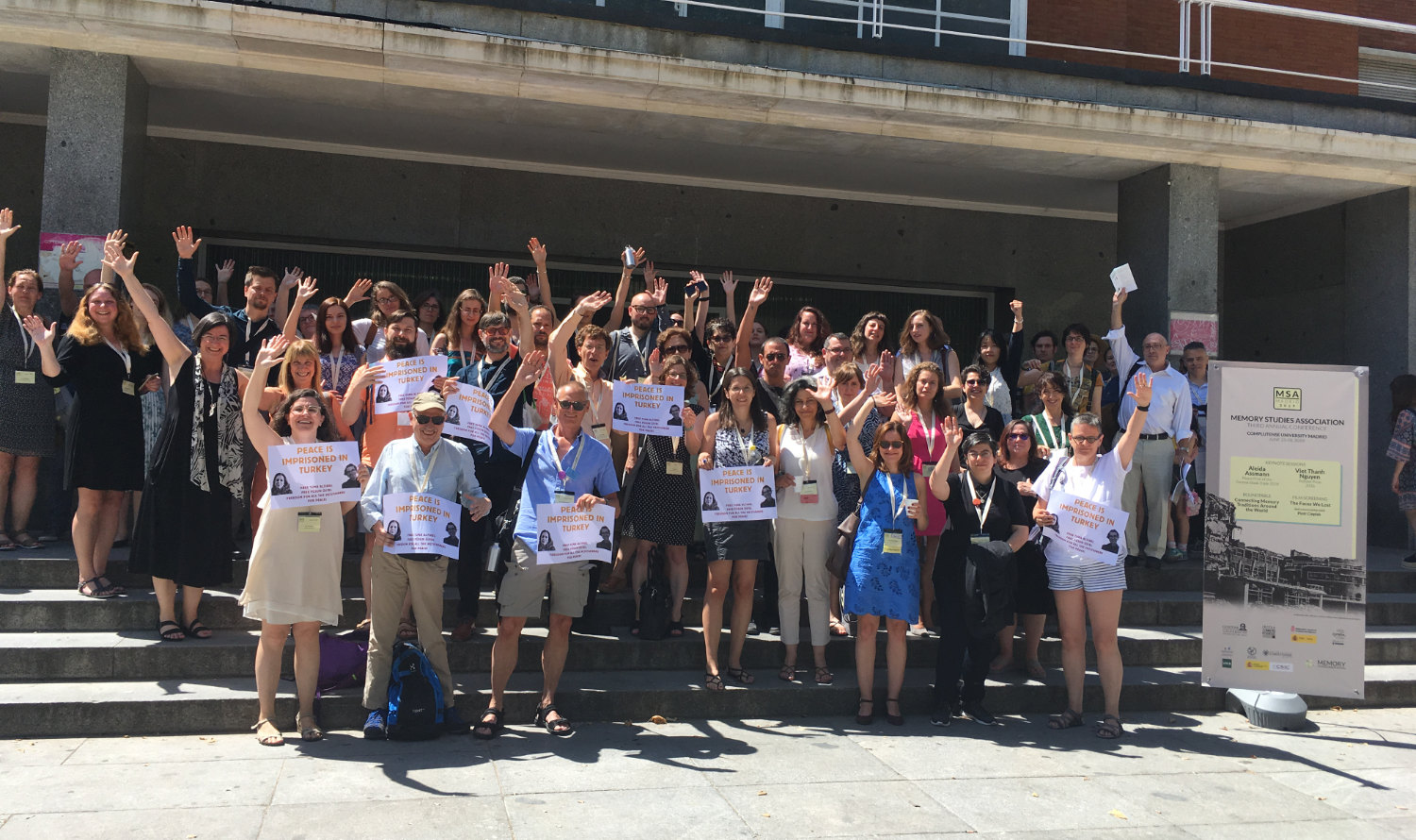 
Transformative
Inclusivity
in the MSA


Join the MSA today
or renew
your membership

Footage of someone sorting through old black and white photos courtesy of unripecontent.com, unedited just cropped.

Page load link
We use cookies on our website to give you the most relevant experience by remembering your preferences and repeat visits. By clicking “Accept All”, you consent to the use of ALL the cookies. However, you may visit "Cookie Settings" to provide a controlled consent.
Cookie SettingsAccept All
Manage consent

This website uses cookies to improve your experience while you navigate through the website. Out of these, the cookies that are categorized as necessary are stored on your browser as they are essential for the working of basic functionalities of the website. We also use third-party cookies that help us analyze and understand how you use this website. These cookies will be stored in your browser only with your consent. You also have the option to opt-out of these cookies. But opting out of some of these cookies may affect your browsing experience.
Necessary Always Enabled
Necessary cookies are absolutely essential for the website to function properly. This category only includes cookies that ensures basic functionalities and security features of the website. These cookies do not store any personal information.
Non-necessary
Any cookies that may not be particularly necessary for the website to function and is used specifically to collect user personal data via analytics, ads, other embedded contents are termed as non-necessary cookies. It is mandatory to procure user consent prior to running these cookies on your website.
SAVE & ACCEPT
Go to Top